celebrate sg57. buy 1 bundle set, get an extra sheet set for free. Save up to $409. while quantities last!

Our TENCEL™ Lyocell duvet covers are incredibly soft, smooth, and silky, but that’s not the only thing that makes them special! They are also environmentally friendly. TENCEL™ Lyocell is made from wood pulp, which is a sustainable and renewable resource. The manufacturing process is also much cleaner and more efficient than traditional methods, using far less water and energy.

So not only are TENCEL™ Lyocell duvet covers incredibly comfortable to sleep with, they're also good for the planet. They can also help you to sleep better because of two main reasons:

TENCEL™ Lyocell is a naturally hypoallergenic material, making TENCEL™ Lyocell duvet covers one of the best for those with skin allergies or asthma. This means sheets that are gentle to the skin, and no more skin irritation!

TENCEL™ Lyocell is made from very small hydrophilic fibers, meaning they love water and will draw moisture away from the skin. This hydrophilic property of TENCEL™ Lyocell makes it more effective at keeping the body cooler while sleeping, making it suitable for many different climates.

What exactly is a duvet cover?

A duvet cover is a protective layer that slips over a duvet and keeps it clean. Duvet covers are also simple and easy options to switch up the look of your bedroom, without having to completely replace your duvet.

How are comforters and duvets different?

Duvets and comforters differ in that a comforter comprises just one piece of bedding, while a duvet consists of two separate parts - an insert and a cover. Duvets have inserts that serve as filling, while comforters are quilted and evenly distributed in filling. However, Heavenluxe’s TENCEL™ Lyocell duvet covers can also be used as an additional layer of protection for comforters.

Is a duvet different from a quilt?

They are almost the same thing! If you are using the duvet cover for a quilt, make sure that it fits your quilt’s exact size for a snug fit

How do you care for your TENCEL™ Lyocell duvet cover?

See why more than 37,000 customers upgraded their current sheets to Heavenluxe and gain better sleep with us every night.

Thank you for submitting a review!

Your input is very much appreciated. Share it with your friends so they can enjoy it too!

Every night we are on cloud nine! 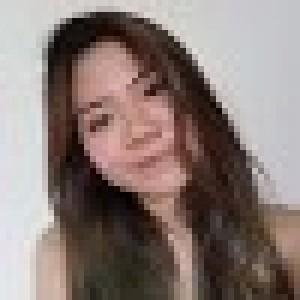 I've been looking for comfortable yet affordable sheets for the longest time. Heavenluxe understood the assignment and delivered! Their sheets made of 100% Austrian Tencel™ from Europe and its softer than Egyptian cotton yet more cooling than silk. No more hot and sweaty nights for me! It feels so soft and luxurious. I love it so much!

The sheets are silky smooth and really comfortable. They keep you comfortable through the night. Totally love it!

I’m a huge fan of Tencel bedsheets and I personally own about 6 sets from other brsnds. This is my 7th set. I must say Heavenluxe’s beddings are of good quality. It won’t start to fur even after washing. I have one set from A brand that started to pile and have furrings after one wash. :( Anyway, Tencel beddings are seriously the best. It’s cooling to touch, even without aircon. I recently just had a baby and I specifically told my helper to only let me use Tencel beddings during confinement month. I love it so much, I was even on the lookout for Tencel crib sheets for my baby. Your skin won’t feel scratchy, itchy and warm when you use Tencel. Really worth the price.

My Isabelle will not be sweating in the middle of the night when we off the air con. Very soft and cooling bedsheet that let us have quality sleep every night!

i love how soft the sheets are and also super cooling to touch and lie on! comparing to 5 star hotel, heavenluxe’s sheets are so much softer!

The bedsheet set is super soft and smooth which makes it very comfortable. It is also hypoallergenic so I don’t have to worry about my skin. The cooling sensation also helps to make me sleep more comfortably.

Cooling experience and material is soft

This is the best bedsheet I ever have

it is just super soft and cooling! To what I surprise , the bedsheet remain so cooling and comfy even when the air conditioning is not on! The most wonderful part is the material is hypoallergenic and eco-friendly too,even my baby with sensitive skin fall asleep deeply on my bed. It is definitely something that I will recommend to my friend and family

Premium Bundle Set
Was this helpful?  0    0
Your are successfully subscribed for email notifications.
✖

Notify me when available

We will send you a notification as soon as this product is available again.

Your email is requried